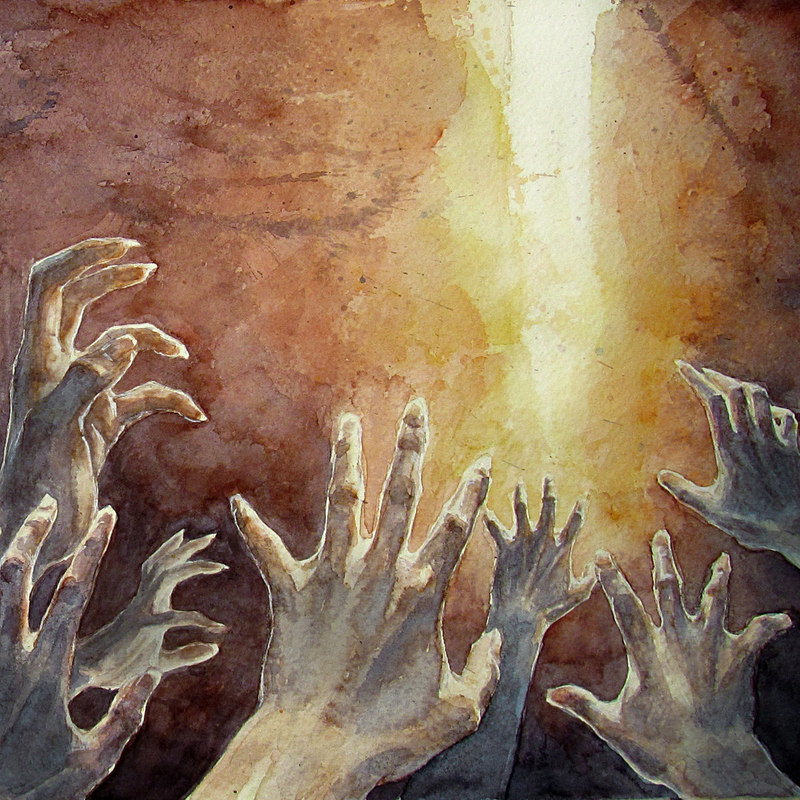 It’s not an ordinary thing in this blog that a black metal disc deserves an article for itself, and in that sense it might seem even more special an extreme metal album is included among the best releases of the month. In the case of Denial/Survival, the last work from the Finnish metallers Antipope, this achievement is justified by the huge amount of creativity and innovation that these guys from Oulu managed to fit into their fourth album.

Ten years ago this band started as a more conventional black metal group. With each following release, however, they have incorporated many additional styles of metal into their recipe, including progressive metal, gothic, doom and also an hint of industrial. With their forth full-lenght work, the band has reached a point where an overwhelming number of different influences and techniques have been merged together creating something really new and quite unique in today’s music scene. The single Water Below, which is also the first track of the album, is a good example of the peculiar style of Antipope. It starts with a stoner-like intro and a repeated note which gives than the way to an alternative metal riff (reminiscent of Tool), until a typical black metal tremolo and growling vocals take the lead.

The 10 songs of the album are full of similar surprises and fusions of different styles, but always keeping a good level of overall coherence throughout the entire LP.

Other tracks that result particulary interesting are Resolution, Hunt, and True Anarchist.

The album can be listened and acquired on bandcamp.

Usually progressive and mostly metal. Antipope crosses the imaginary boundaries between metal genres, taking the listener down the path of self-discovery, death, and re-Birth. This progressive metal masterpiece will take you on a trip from extreme metal to light, darkness, death and rebirth.

One thought on “Best New Music: DENIAL/SURVIVAL by Antipope”

Time is too short to listen to bad music. We hear and we select only the best. Of every genre.

Welcome to a journey with my favorite rockstars!

What's So Special About Music Anyways?

Encourages all to love their own life...

WELCOME TO om3ssa's MUSIC FREAKISHNESS AT THE WORLD WIDE WEB